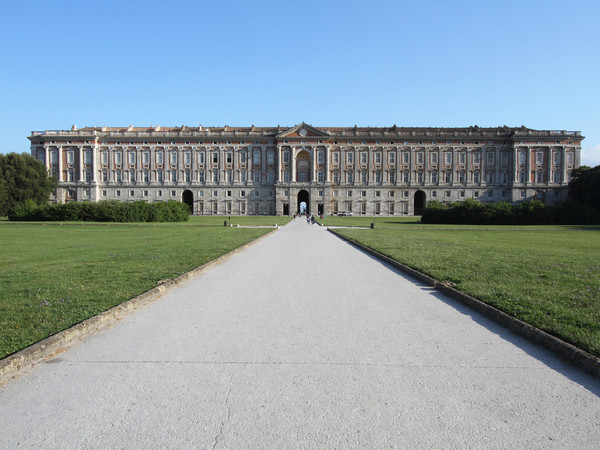 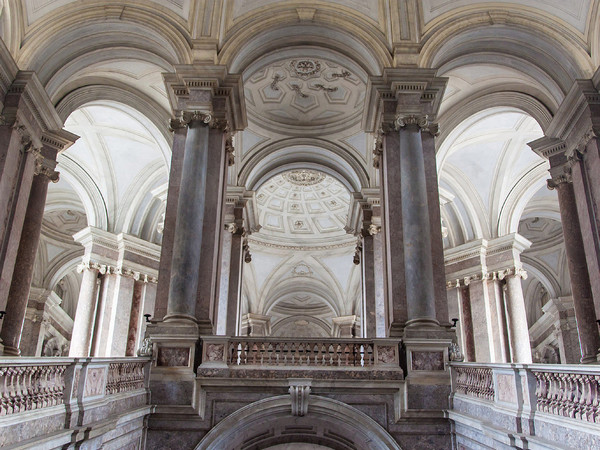 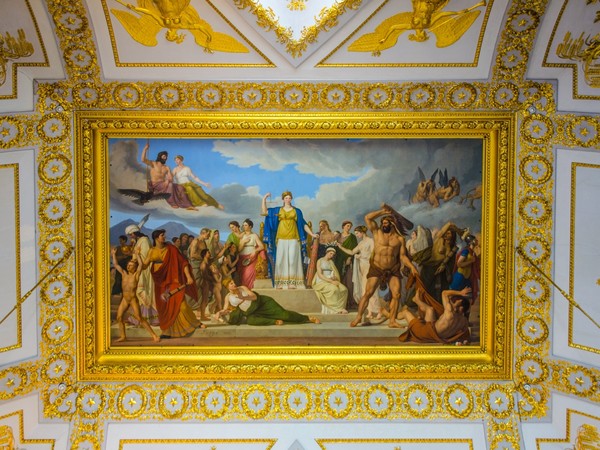 Court Theatre
The palace is the fulcrum of the monumental complex known as the Reggia di Caserta. It is laid out in a rectangle and is divided into four internal courtyards by two structures that intersect orthogonally.
The structure occupies a surface of around 47,000 m² and reaches a height of 41 metres. The facade has an ashlar base which matches the height of the ground floor and the first mezzanine level. The first and second floors are characterised by an enormous composite order with semicolumns and fluted pilasters, whilst the windows of the last floor are integrated into the trabeation.
The genius of Vanvitelli is revealed in the axial layout which characterises the entire complex and in the continuity of perspective in the sequence: Carlo III Avenue, inner gallery (telescope) and central avenue of the park, completed by the waterfall and the fountain of Diana and Actaeon.
The palace housed the queen's apartments in the northwest wing, whilst the quarters of the king or crown prince were along the southern aspect.
Today, the historic apartments that are open to the public stretch along the latter wing and the visitor route is divided into eighteenth-century and nineteenth-century apartments.