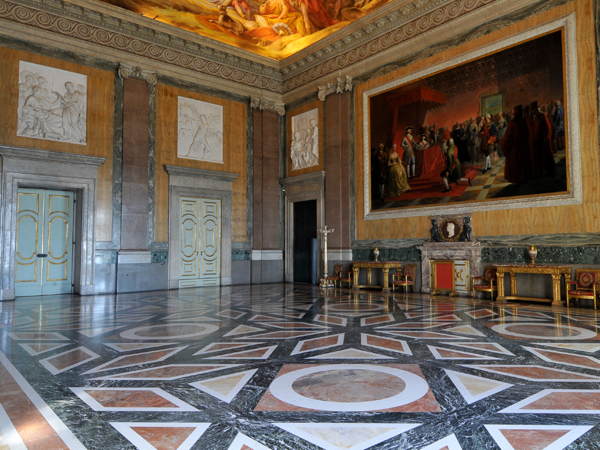 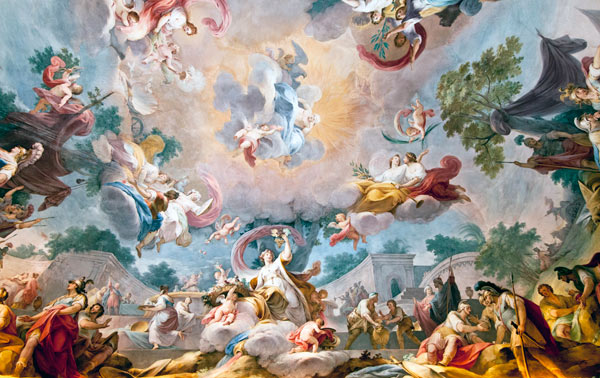 Overdoors
The Alexander Room is the third antechamber of the King's apartments, dedicated to the famous Macedonian warrior. The frescoes on the ceiling were created in 1787 by Mariano Rossi with The Marriage of Alexander the Great and Roxana, to exalt the peace and prosperity of the kingdom. The six lintels by Tito Angelini and Gennaro Calì are also dedicated to Alexander the Great. On the walls, the two canvases by Gennaro Maldarelli and Camillo Guerra represent The Abdication of Charles of Bourbon in favour of his son Ferdinand IV in 1759 and The Victory of Charles of Bourbon at the Battle of Velletri.
This room also contains the two thrones of gilded wood with ivory apples and the Gobelins wallpaper, originally destined for Napoleon Bonaparte in the Tuileries and brought to Naples by Gioacchino Murat, reaching Caserta around 1870.