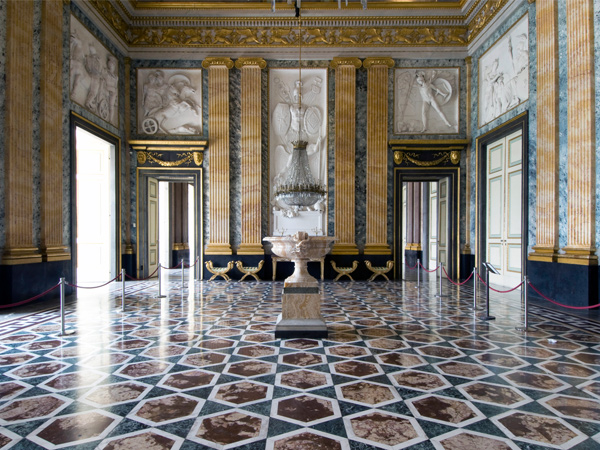 Woman Bust
The room dedicated to Mars, god of war, and confirmed by the ceiling fresco depicting The Triumph of Mars (1814) by Antonio Galliano, was used as an "antechamber for nobility, barons of the Kingdom, senior officials and foreign intendants".
The decoration of the room was commissioned by Gioacchino Murat, who selected the architect Antonio de Simone, with the aim of celebrating the military might of the French who had brought the Kingdom of Naples under Bourbon control.
The room is also home to a monumental goblet in agate alabaster and serpentine marble, given to the sovereign Ferdinand II of Bourbon by Pope Pius IX for the hospitality he received during the period of the Roman Republic (1848-1849). On the console stands a single clock encased in a female marble bust, perhaps representing Ariadne, wife of the god Dionysus.
Tweet