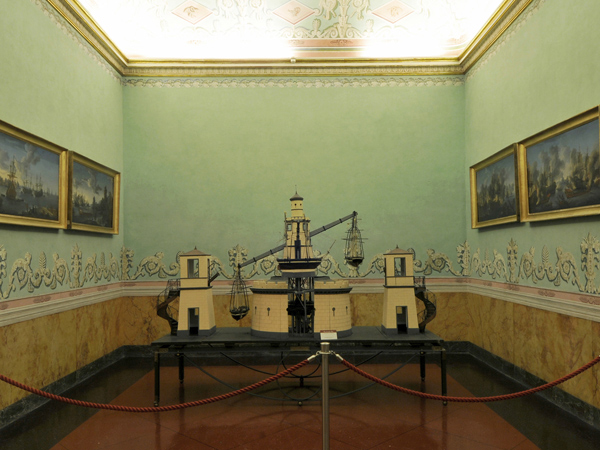 Cradles
The nineteenth-century back rooms display a number of outstanding artefacts from the Bourbon collection. The Music Room houses one of two musical pieces of furniture in neoclassical style, containing cylinder organs of which there are only five examples in Italy. Both the Caserta pieces contain a mechanism by the maestro Anton Bayer, dating back to the 1820s, which functions by activating specific cylinders containing melodies of the period, held in specially made cylindrical compartments.
The following rooms house models of the carousels that Leopold of Bourbon, the Prince of Salerno, had had made for the park of Villa La Favorita. At the end of the route through the back rooms are two cradles belonging to the Savoy princes Victor Emmanuel III and Victor Emmanuel, both Princes of Naples.