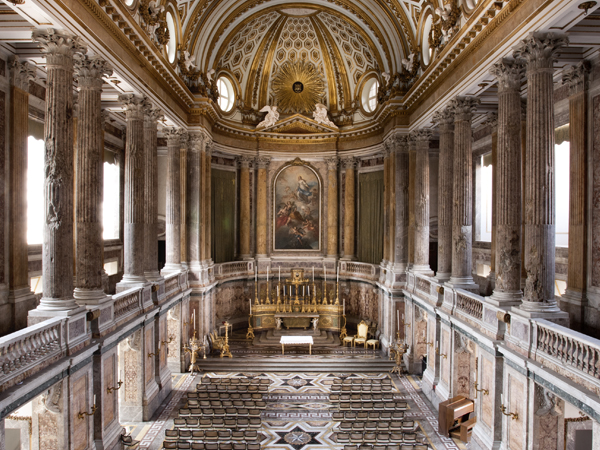 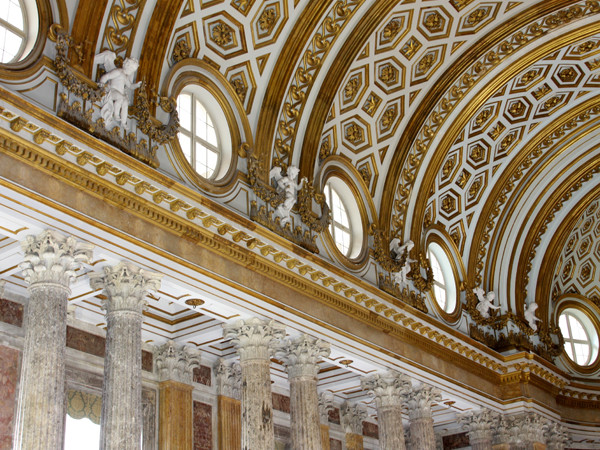 Immacolata Concezione
The upper hallway of the palace leads to the Cappella Palatina chapel, constructed with a single nave and a floor of multi-coloured marble, covered by a coffered tunnel-vault.
A spiral staircase to the right of the entrance leads to the royal tribune and the upper gallery, which still bears the scars of the aerial bombardment of 27 September 1943. On the main altar stands the Immaculate Conception by Giuseppe Bonito (1707-1789), the only surviving canvas from those originally commissioned for the space.
In 1948, work began on an intensive restoration project to return the chapel to its former glory, encompassing the floors of the nave and the apse, the tabernacle, the tribunes and the golden stucco work on the ceiling.
Tweet