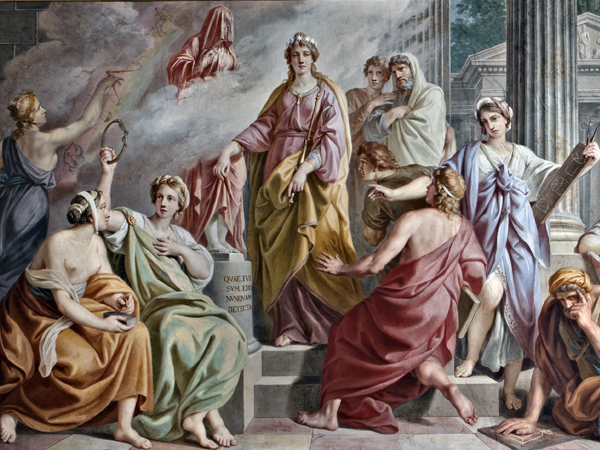 H. F. Füger, La Scuola di Atene, particolare, Caserta Palazzo Reale, Biblioteca Palatina
The four allegorical scenes created by Heinrich Friedrich Füger (1751-1818) were the object of various critical interpretations which brought to light their possible Masonic meanings. The scene recorded as The School of Athens, on the wall to the right, is actually supposed to depict an initiation rite centred on unveiling a female statue, the symbol of Truth. Among the bystanders portrayed on the extreme right, it is possible to identify a depiction of the artist and of Anton Raphael Mengs (1728-1779).