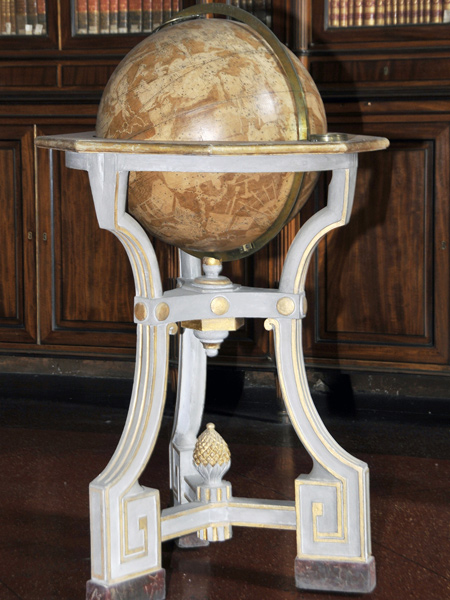 D. R. de Vaugondy, Globo di legno dipinto, Caserta Palazzo Reale, Biblioteca Palatina
The pair of globes, one terrestrial and the other celestial, was presumably acquired by Ferdinand IV of Bourbon (1751-1825) in the final quarter of the eighteenth century, a period in which a museum of natural science was also set up in the rooms of the royal apartments, although it was destroyed in the course of the subversive events of 1799. The two globes are the work of Didier Robert de Vaugondy (1723-1786), one of the most renowned French geographers of the eighteenth century.