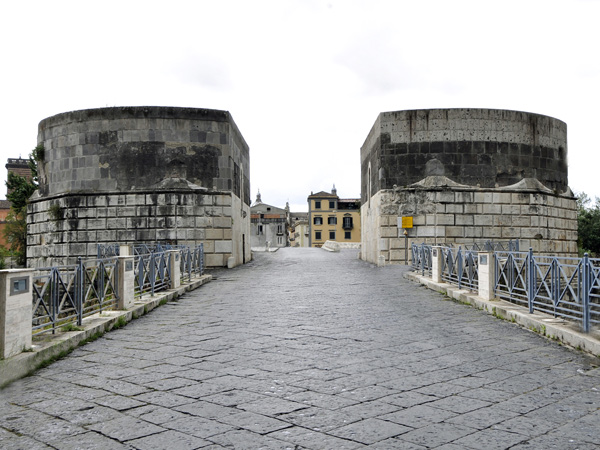 Caserta, Capua, Towers of Federico II.
In the fabric of buildings running along the Via Appia, the ruins of the Capuan Gate and the thirteenth-century Frederick II towers stand out in particular. Seriously damaged in 1557 by the Spanish who modified the city's fortifications, everything that remains of the towers' rich sculptural decoration is now preserved in the Provincial Museum of Campania.