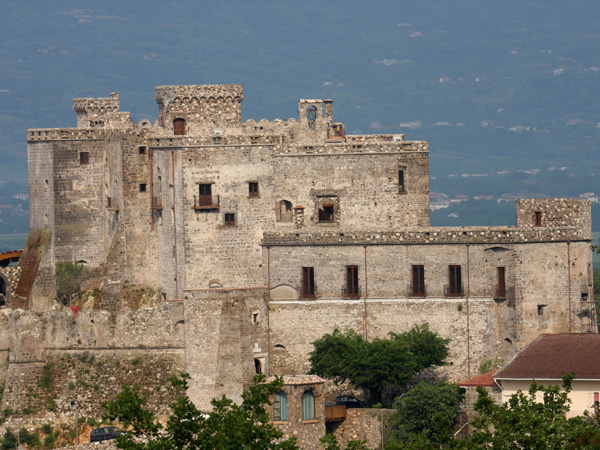 Polyptych
Built by the Normans on the remains of a Lombard tower in the sixteenth century, the Della Ratta counts modified the outermost surrounding wall and extended and rebuilt the various parts of the castle. Of particular interest are the frescoes by Francesco da Tolentino (fifteenth to sixteenth century), who also painted a fragment discovered on a wall at the top of the tower which almost certainly belongs to a more extensive decorative cycle. The palatine church also holds a Polyptych (1527) by the same painter.