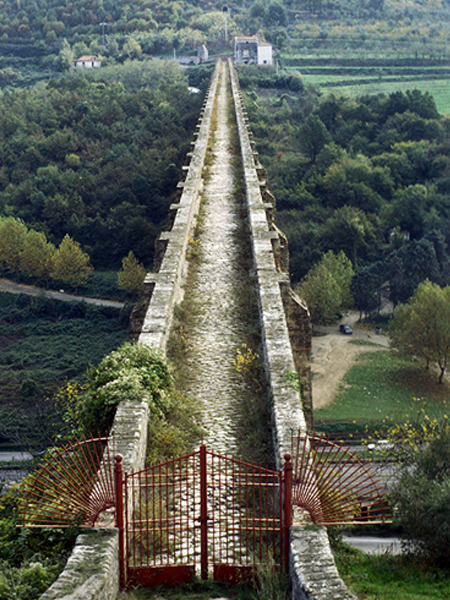 Ponti della Valle
The aqueduct, named Carolino in honour of King Charles of Bourbon who ordered its construction with the aim of emulating ancient Roman aqueducts, is a tremendous feat of hydraulic engineering by Luigi Vanvitelli (1700-1773). It certainly represents one of the most important public works created by the Bourbons in order to supply the new town of Caserta and reinforce the water supply to Naples. The aqueduct runs for a full 38 km, almost entirely underground with the exception of the Ponti della Valle section, situated in the area of the Maddaloni valley, which is 529 metres long and 95 metres high. Since 1997, the Carolino Aqueduct has been a UNESCO World Heritage site along with the Palace of Caserta and the royal site of San Leucio.