Fountain of Diana and Actaeon 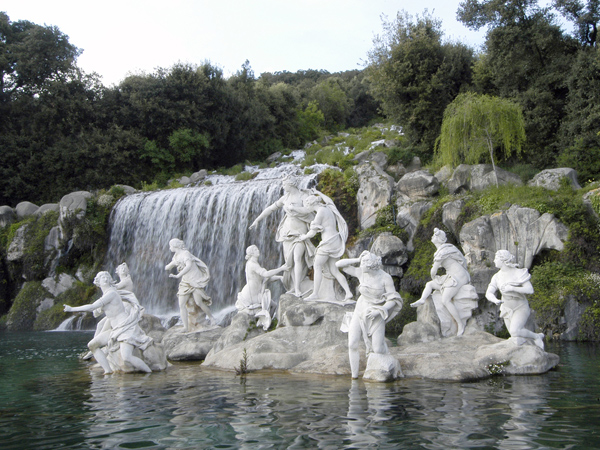 Caserta Parco Reale, Fontana di Diana e Atteone, particolare
The Fountain of Diana and Actaeon takes its inspiration from the cult of Diana, goddess of the hunt and the moon, which was understandably widespread in the Caserta area with its wealth of forests and game. The scene, divided into two parts with the waterfall flowing in between, tells the story of Actaeon, the hunter who took the form of a deer and was torn apart by his own dogs for having spied upon the naked Diana, caught as she was bathing with her train of nymphs.