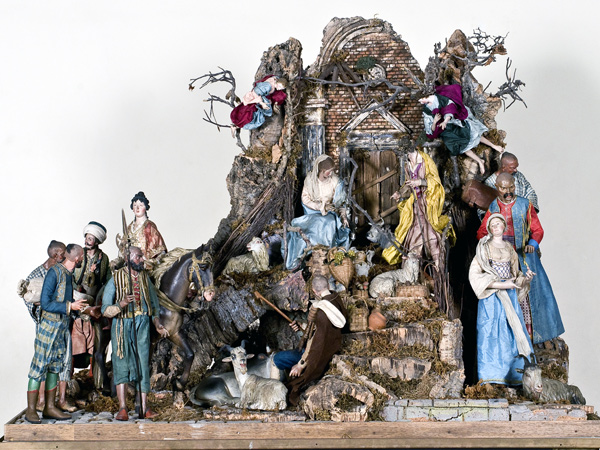 Artigianato napoletano, Scoglio con figurine presepiali, Caserta Palazzo Reale, Presepe Reale
The crib of the Palace of Caserta has a large number of figurines, with the most notable being the so-called "characters", depicting a poor people, whose physical imperfections are unapologetically reproduced in their appearance: the cripple, the blind man, the hunchback and so on. Particular attention should be paid to the folkloristic costumes of the various provinces of the Kingdom, complete with precious jewels in gold, silver, coral, turquoise and semi-precious stones. Another notable feature is the wealth of exotic animals, such as camels, dromedaries, elephants and lions, slotted into the procession of the Magi and held on leads by oriental figures.