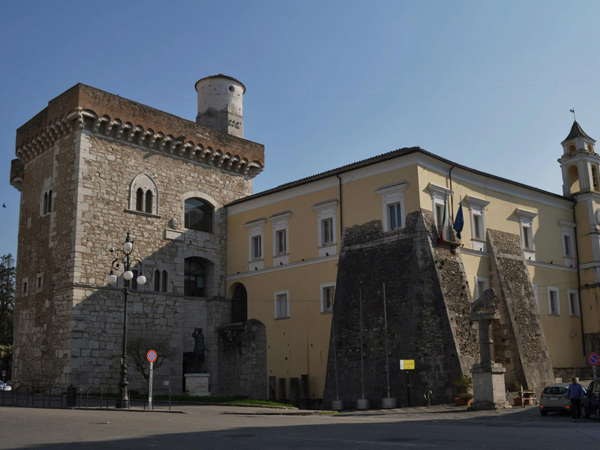 Benevento, Rocca dei Rettori.
Built in the Samnite era and positioned at the highest point of the city, the Rocca dei Rettori castle now has a gothic appearance in Avignon style. Rebuilt in 1321 to host the papal rectors, at the end of the sixteenth century it was turned into a prison, and was used as such until 1865. Only the central keep of the ancient castle remains, however its restoration has revealed the east gate of the city enclosed within the structure and the remains of a Roman burial monument. Today, the building houses the Risorgimento era section of the Museo del Sannio.