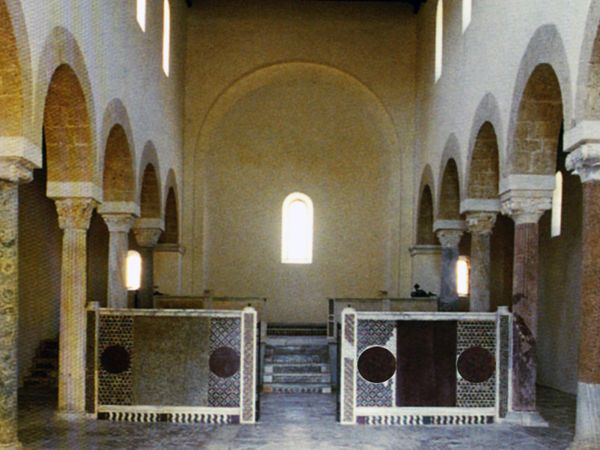 Benevento, Sant'Agata dei Goti, church of San Menna.
Emerging in the twelfth century on the remains of a previous structure, this Romanesque church with three naves and a typical basilica floor plan was built to hold the remains of Saint Menna, a hermit who had lived on Mount Taburno in the sixth century. The church is decorated with a Cosmatesque floor and still preserves a few fragments of the original pictorial decoration from the fourteenth century: a Crucifix, a Madonna and Child, Saint John the Baptist and Saint Catherine of Siena.