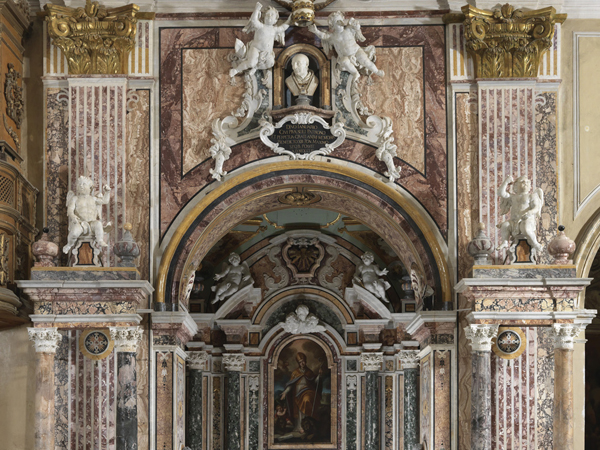 Benevento, chiesa dell'Annunziata, Cappella Orsini, particolare
Created in honour of Pope Orsini by Neapolitan workers in the mid eighteenth century, probably based on a design by Filippo Raguzzini (1690-1771), the chapel is decorated with marble opus sectile work and is crowned by an aedicule containing the half-bust of Benedict XIII by the sculptor Pietro Bracci (1700-1773). Above his head, the papal tiara is suspended, supported by cherubs created by Matteo Bottiglieri (1684-1757). Recent restoration has led to the rediscovery of documents relating to the construction of the chapel, found in a room adjoining the sacristy.