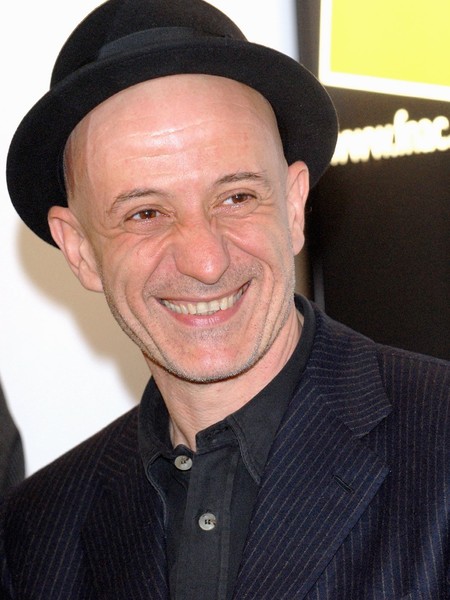 Born in Arquata Scrivia, Peppe Servillo was twenty when he began the musical adventure that was Avion Travel, one of the most sophisticated bands to come out of Italy, consecrated by their victory at the Festival of Sanremo in 2000.
A great lover of the arts, Servillo has often allowed himself to branch into theatre or cinema in the guise of an actor. He appeared on the big screen in 1999 in the medium-length film "Tipota" directed by Fabrizio Bentivoglio. His more memorable roles also include those of "Into Paradiso" and "Paura 3D" by the Manetti brothers.
He is also the artist behind a number of soundtracks, including for the film "One Man Up", directed by Paolo Sorrentino, in which his brother Toni Servillo stars.

Having grown up in Caserta, Peppe Servillo has lived in Rome for more than twenty years. Yet he returns to his native city every now and again to visit relatives. "I never make the most of being there in the way I want to", the singer says, as we ask him to come up with a personal list of the places most dear and most important to him in his native city. "Aside from a few set points, like San Leucio, the village of Casertavecchia and the Royal Palace, there are other places that I remember with great delight and which are tied to memories of my youth."

These include the Palazzo Commestibili, between Piazza Mercato and Piazza Vanvitelli. "I have wonderful memories of that place, even if they are linked to something not so nice, because it was where we had our vaccinations", the singer explains. "The layout is a semicircle and the internal terraces which formed the arcades of the courtyard are engraved on my memory."

Then Via Maielli and the surrounding area. "It's a lovely area, near to the flower garden. It's a part of the city which is of great historic value: it was here that many of the craftsmen lived who worked on the construction of the Royal Palace."

The Palazzo del Fascio in Piazza Mercato "even with everything it represents and used to represent, it remains a fascinating example of functionalist architecture."

And finally "the area around Via Leonetti, an historic part of the city, and the Mercato delle Pezze, of which I have very fond memories", says Peppe Servillo. "It was here that as a boy I came to buy shirts and trousers, bartering with the stallholders. It was like a school of life".