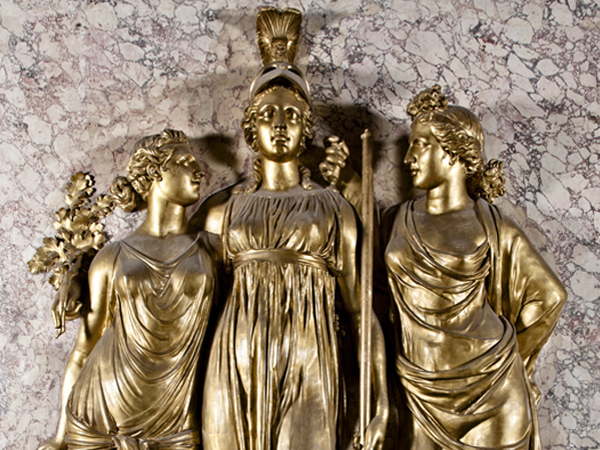 A Sicilian sculptor in the neoclassical style, Valerio Villareale completed his training in Naples and then in Rome, where he was able to learn from the teaching of sculptor Antonio Canova. He worked for Murat's court and for that of the Bourbons, completing the relief decorations of the Mars and Astraea Rooms. After returning to Palermo, he was appointed professor of sculpture at the Regia University and in 1830 he created the bass-relief for the Chapel of Santa Rosalia in the city's Cathedral Church. He was also involved in the excavations of Selinunte, working with Saverio Cavallari on the reconstruction of the Temple of Castor and Pollux. His works included: the Dancing Bacchante and Ariadne sleeping in the Gallery of Modern Art in Palermo and the monument to Giuseppina Turrisi Colonna, Sicilian poetess, in the Church of San Domenico in the same city.