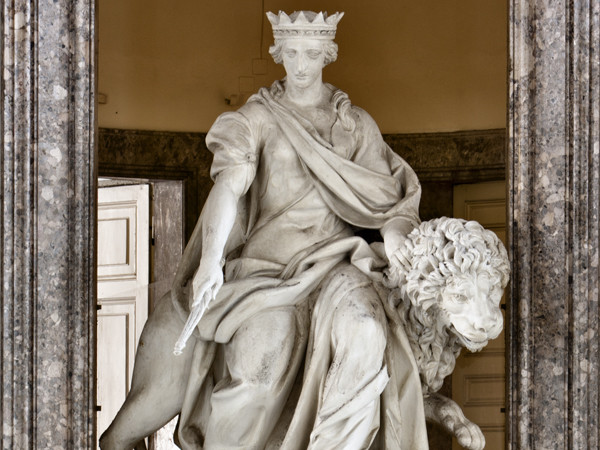 Called from Rome to Caserta, where he was active from 1755 onwards, the Genoese sculptor Tommaso Solari is remembered as a disciple of the Neapolitan Giuseppe Sanmartino and as a creator of crib figures. In Caserta, Solari dedicated himself to producing works that were almost exclusively limited to imitations of classical models, which led the architect Luigi Vanvitelli to propose him as sculpture professor at the Academy of Fine Arts in Naples. Between 1759 and 1761, he worked on draft versions in wax, since lost, of some allegorical statues depicting the Virtue of the monarch and of the wooden model of the Palace of Caserta, and he also sculpted a draft in chalk of the Royal Majesty, which still dominates the Staircase of Honour. Between 1760 and 1770, Solari continued to work for the Palace of Caserta, producing a series of classically-inspired works which were transferred to the Villa Reale di Chiaia in 1834, now the Villa Comunale of Naples