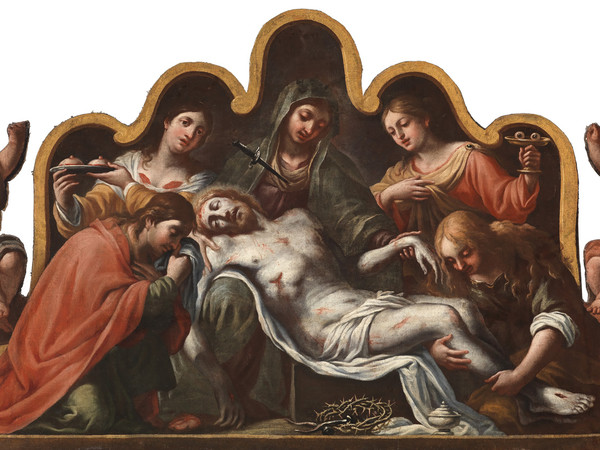 Having trained in the workshop of Angelo Solimena, Tommaso Giaquinto moved to Naples in 1682, where he was a disciple of Luca Giordano. After Giordano had relocated to Spain, the artist, who was now in his forties, created a body of work inspired by the lessons of the master, in which he managed to marry the sentiment of the baroque with the clarity of form and composition demonstrated by Solimena. A large number of his works are preserved at Sant'Agata dei Goti: in the Cathedral, the Chiesa del Carmine church, the church of Our Lady of Sorrows, the church of San Francesco, the Duomo and even in the Palazzo Ducale, where the artist painted his only secular work depicting Diana and Actaeon (1710).