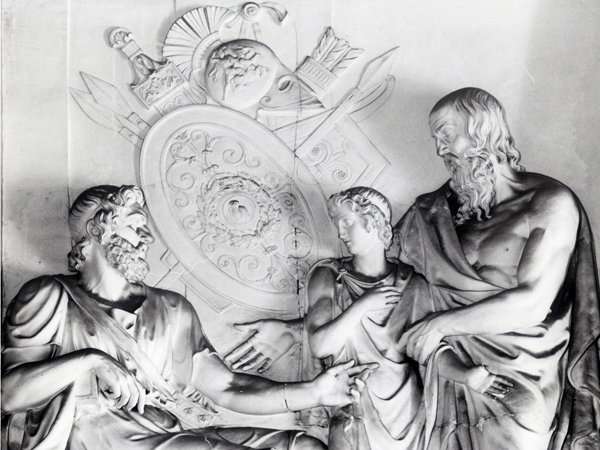 Tito Angelini attended the Royal Institute of Fine Arts in Naples and in 1822, having won the competition for the scholarship, he moved to Rome where he perfected his training by coming into contact with the academic sphere of Thorvaldsen. The artist was appreciated by the Italian and foreign aristocracy and his works are a successful synthesis between neoclassical style and Romantic naturalism.
Between 1847 and 1878, he was Professor of Sculpture at the Royal Institute of Fine Arts in Naples. At the Palace of Naples, he created the statues of Clemency (1844-45) for the Staircase of Honour and the Immaculate Conception for the Royal Chapel. During the mid-1840s, he was one of the artists behind the reliefs of the Alexander Room and the Throne Room in the Palace of Caserta.