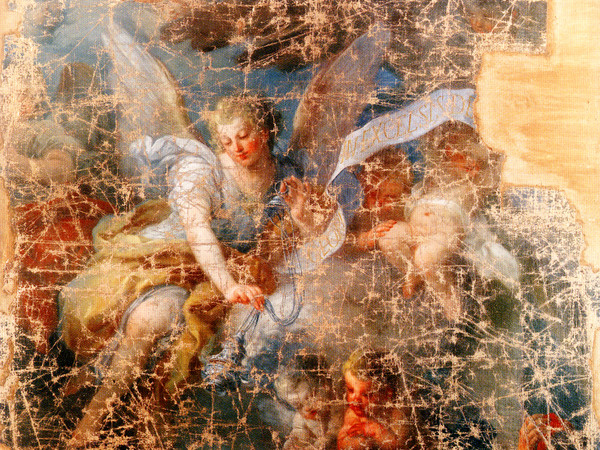 A student of the Neapolitan painter Francesco Solimena, Sebastiano Conca spent a large part of his life in Rome (from 1706 to 1752), where he worked on a series of decorations inspired by the classicism of Carlo Maratta (1625 - 1713).
Between 1751 and 1752, he moved to Naples in the service of the Bourbons, becoming a point of reference for those who aimed to reconcile the local decorative traditions with the new classical leanings promoted by the architect and friend of Conca Luigi Vanvitelli. His most prestigious works can be found in different sites to those of Vanvitelli and, more particularly, in sites of royal relevance, such as the church of Santa Chiara (1753) in Naples or the Royal Chapel (1756-58) of the Palace of Caserta. He also worked in various towns and cities of Campania, producing works such as the church of the Annunciation at Capua or the church of San Lorenzo in Aversa. In 1760, Conca moved permanently to Gaeta, creating space for other painters such as Francesco De Mura and Giuseppe Bonito.