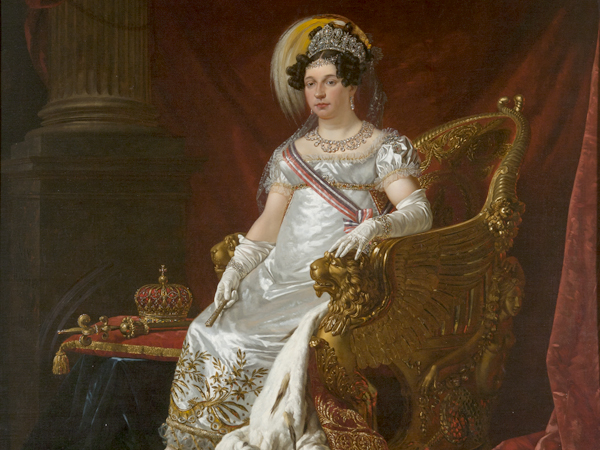 A student of Pieter van Huffel, Pieter van Hanselaere taught at the Royal Academy of Ghent, in Flanders. His artistic career continued in Paris, where he studied under David, then in Italy, between Rome and Naples, to which he relocated thanks to a study bursary awarded in 1816. His talents as a portrait artist and historic painter helped him make a name for himself among the most illustrious clients both in Italy and abroad, a reputation which grew after he was appointed to the prestigious post of Court Painter by Ferdinand IV of Bourbon. In 1825, the Neapolitan court commissioned the artist with two portraits of Francis I of Bourbon and Maria Isabella of Bourbon, Infanta of Spain. Aside from portraiture, he also dedicated himself to painting historic and religious subjects; indeed many Belgian churches contain his altar pieces.