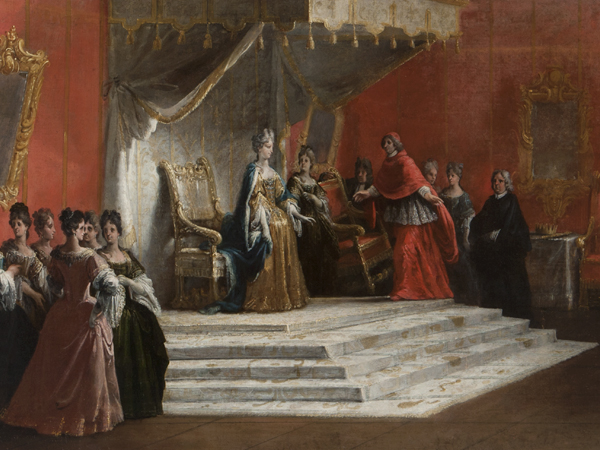 Having trained at the workshop of Francesco Monti, who was known as il Brescianino delle battaglie, ("the little Brescian of the battles"), Sebastiano Ricci completed his artistic education with a visit to Florence and then Vienna. He worked for Ranuccio II Farnese from the age of twenty and in 1695 was nominated Court Painter, with a workload that was both intense and varied and included portraits, copies of paintings transferred from the churches of Parma to the ducal gallery and collaboration with Ferdinando Bibbiena on the decoration of the ducal apartments. His fame, however, is linked to the production of battles and paintings depicting ceremonies, works through which he exalted the splendour of the Farnese family. His greatest effort involved a series of canvases with which he documented the marriage of Elizabeth Farnese to Philip V, King of Spain, works painted with an ease and lightness of touch combined with a precious chromatism borrowed from the painting of the Veneto.