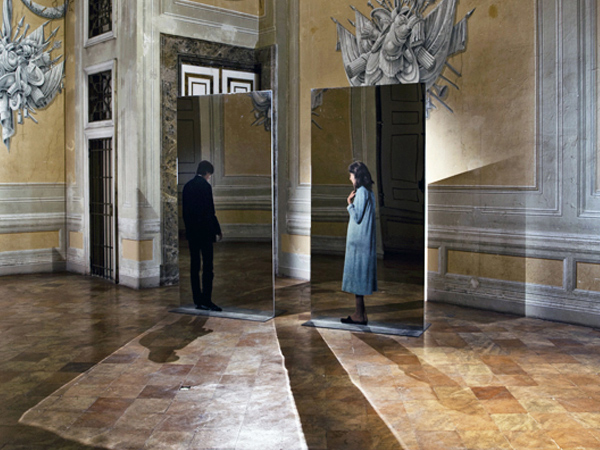 Around the mid-1950s in Turin, Michelangelo Pistoletto began his reflection on the theme of the human figure, in search of a new figuration capable of expressing the sense of alienation of contemporary man. Dissatisfied with the expressive possibilities offered by painting, he began working on his reflected image: which gave way to the quadri specchianti, or "mirror paintings", works created using polished steel surfaces on which the artist applies paper, cut out along the contours of life-size photographs. In 1967 he joined the Arte Povera group and introduced new materials, such as rags, lamps and electrical wires, to his work. At the end of the seventies he alternated between new installations along the theme of space and a return to representation of the reflected image. With the work Annunciazione Terrae Motus, the artist is present at the Royal Palace of Caserta