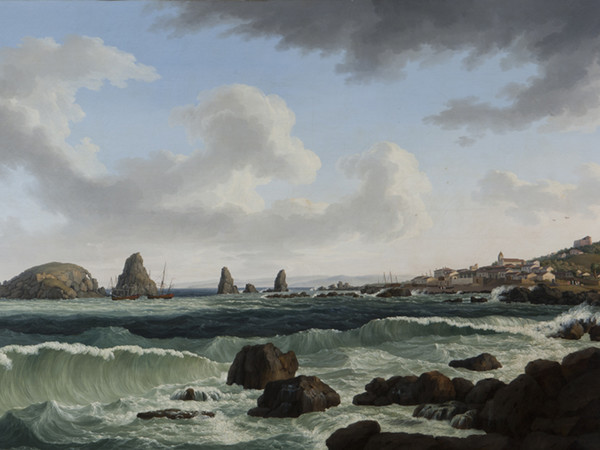 An artist renowned throughout Europe, Jacob Philip Hackert transferred to Rome in 1768, captivated by the beauty of the Italian landscape and with the intention of painting the beauty spots of the city and its surroundings. In 1785, at the request of King Ferdinand IV of Bourbon, he set up home in Naples, having achieved success thanks to a commission received from Tsarina Catherine II of Russia (1782). At the Bourbon court, where he worked together with his engraver brother George Abraham (1755-1805), he was appointed Principal Painter of the Court with the tasks of painting the King's favourite views, advising him on purchases of artworks and educating the royal princes in art. Whilst in the King's service, Hackert also took care of transporting the Farnese Collection from Rome to Naples, restoring the paintings of the royal gallery and decorating the new royal sites of San Leucio and Carditello. The Palace of Caserta holds many of his works in its own collections, including the Views of the Ports of the Kingdom, commissioned by the Villa Favorita at Resina, which became the model of landscape painting from real views for an entire Neapolitan school of painters. He spent the last few years of his life in Florence, where he settled after the revolution of 1799.