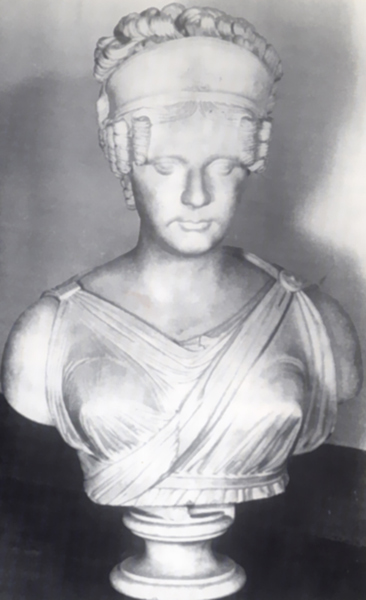 Born in Carrara, Giuseppe Del Nero attended the Academy of San Luca but he never achieved great popularity. He had close links with the Bourbon court, on whose commission he created the sculpture depicting Saint Francis of Paola (1819) for the gable of the church of the same name in Naples, as well as two Egyptian Lions (1819) for the steps of the same church. Among the few works that can be traced back to the artist are two busts depicting Francis I of Bourbon and his second wife Maria Isabella of Bourbon, Infanta of Spain (1825), at the Palace of Caserta. The replicas of the same busts, with slight variations, were presented at the first Bourbon exhibition of 1826. In the same year, he produced the marble sculptures of Prized Virtue for the vestibule of the Villa Floridiana in Naples.