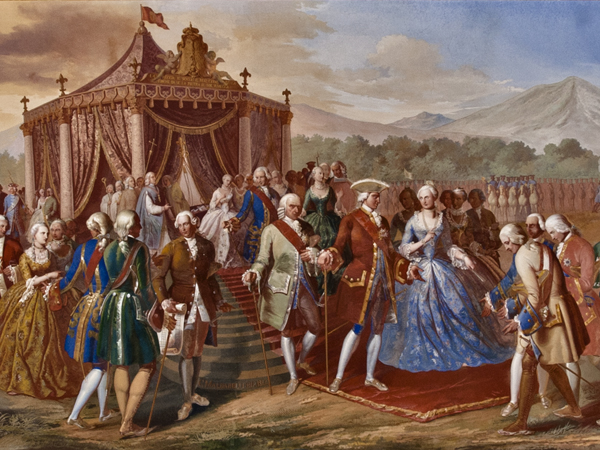 A student of Costanzo Angelini, one of the greatest exponents of the Neapolitan neoclassical period, Gennaro Maldarelli was professor of drawing at the Royal Institute of Fine Arts in Naples and creator of many decorative works in the style of Pompei in the palazzi of the Neapolitan nobility (including the Ruffo della Scaletta, Doria d'Angri, Colonna di Stigliano and San Teodoro families). The frescos he painted in the Church of San Carlo all'Arena can be traced back to Bourbon commissions, as can the decorations of certain rooms in the Royal Palace of Naples and in the Appartamento Nuovo, also known as the Appartamento delle Feste, which now houses the National Library. In 1845, he decorated the ceiling of the Throne Room at the Palace of Caserta with the depiction of the ceremony of the laying of the firststone at the Royal Palace of Caserta, whilst in the Alexander Room he created the large canvas depicting Charles of Bourbon abdicating in favour of the son Ferdinand IV.