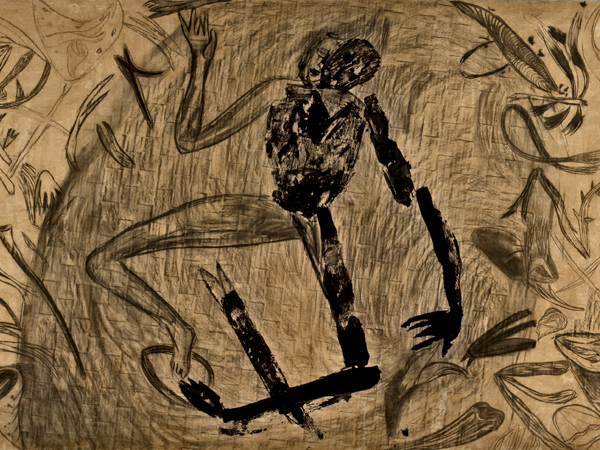 Mimmo Paladino made his photographic debut in the 1970s. In 1978, he moved to New York and at the beginning of the 1980s he began to follow a figurative and allegorical direction marked by primordial reminiscences, ancestral myths and symbols linked to the Samnite culture. In 1980, he took part in the Venice Biennale with a burgeoning group of the transavantgarde movement, spearheaded by the art critic, Achille Bonito Oliva. In 1992, he created the Hortus Conclusus installation at the Convent of San Domenico in Benevento, and in 1994, he became the first Italian artist to exhibit at the National Museum of Fine Arts in Beijing. Among the collective and personal exhibitions the artist has been involved in, the following stand out in particular: Transavanguardia 1979-1985, at the Museum of Contemporary Art at Rivoli castle (2003), I Maestri di Terrae Motus, in the Palace of Caserta (2004) – in the same year he created the doors for the church of Padre Pio designed by Renzo Piano at San Giovanni Rotondo – and in 2007 the retrospective exhibition organised by the Madre Museum in Naples.