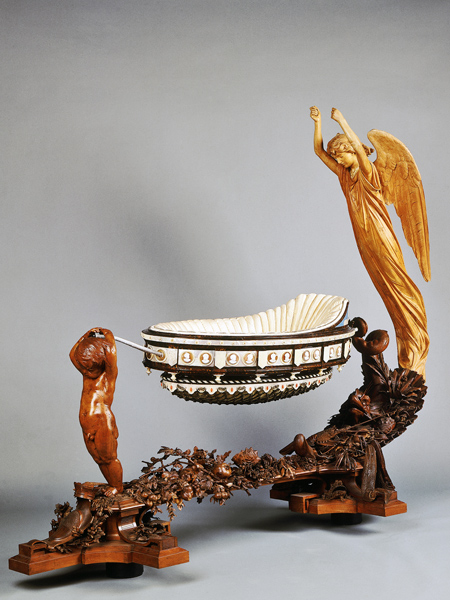 A student at the Royal Institute of Fine Arts in Naples, Giovanni Morelli was awarded second place in the competition for the pensionato romano scholarship in 1848. Between 1851 and 1855, he created the series of paintings dedicated to "Christian martyrs", including the famous canvas of The Iconoclasts. A point of reference for the new figurative studies on "historic realism", after a phase of being influenced by the painting of Mariano Fortuny, around 1875 he allowed himself to be inspired by religious themes, whilst his final phase showed early leanings towards figurative experiences of a symbolist nature. Together with Filippo Palizzi, he was one of the founders of the Industrial Art Museum. Alongside his work as a painter, he also designed furniture, as demonstrated by his design for the cradle of Prince Victor Emmanuel III of Savoy, preserved in the Palace of Caserta.