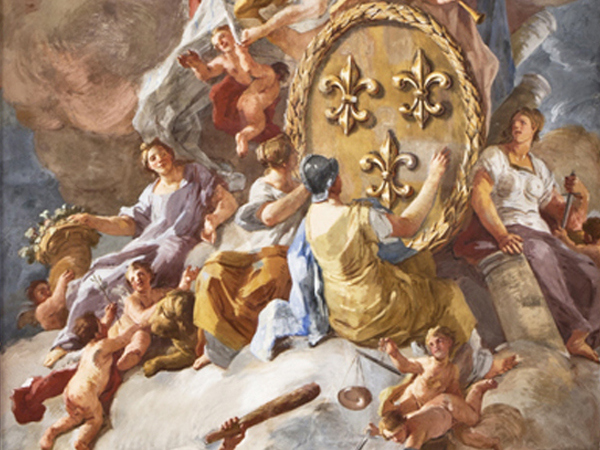 Having trained in the workshop of the aging Francesco Solimena, after 1760 Domenico Mondo evidently took inspiration from Giaquinto, having returned from Naples to Madrid, creating decorative solutions of outstanding pictorial beauty in which he often reflected the example of the elegance of form and composition set by Francesco De Mura. His painting demonstrates a style that is still decidedly rocaille, unlike the ever more definitively classicist leanings of a large proportion of the Neapolitan circle, as is revealed in the works created for the Royal Palace of Caserta: the Stories of heroes from antiquity (1787), painted for the Ladies' Room and the fresco depicting The arms of the House of Bourbon supported by Virtue in the Halberdiers Room. In 1789, Mondo, together with Tischbein, was nominated Director of the Neapolitan Academy of Drawing, a role he continued to consider secondary, however.