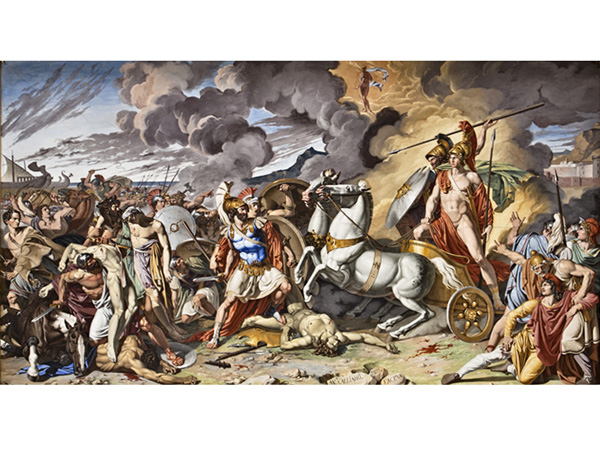 Antonio Galliano studied in Turin as a pupil of his brother-in-law, Luigi Bernero, and in 1804 he moved to Rome. In 1803, he was awarded first prize in the competition held by the Academy of San Luca on the theme of Christ and the adulteress. In Naples, he worked as a portraitist for the Murat court and participated in the decorative works of the eighteenth-century Apartments at the Palace of Caserta with the painting of TheTriumph of Mars in theMars Room. Having relocated to Spain, he continued his activity in the service of the Bourbon court.