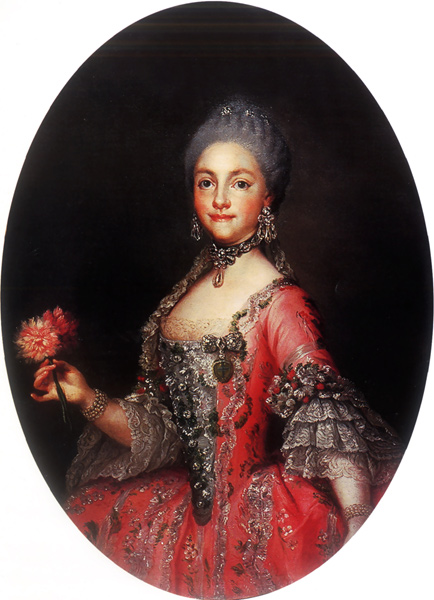 Considered the greatest representative of European neoclassicism in contrast to baroque, Anton Raphael Mengs stayed in Rome from 1741 to 1744, where he studied together with Sebastiano Conca, learning to draw from nudes and from both historic and modern examples (Raffaello, Correggio, Tiziano). In the capital, Mengs met J.J. Winckelmann, whose historic-artistic theories were marvellously translated into painting in Parnassus at the Villa Albani (1761). Mengs was called to Naples in 1760 by queen Maria Carolina, wife of Ferdinand IV of Bourbon. There, he was assigned the task of creating The Presentation of the Virgin at the Temple for the palatine chapel in Caserta, a painting which was lost during the Second World War. An acute and brilliant portraitist, thanks to the protection of the queen, Mengs was appointed court painter in Madrid, where he spent a large part of his life, then returned to Rome definitively in 1777, where he died two years later.