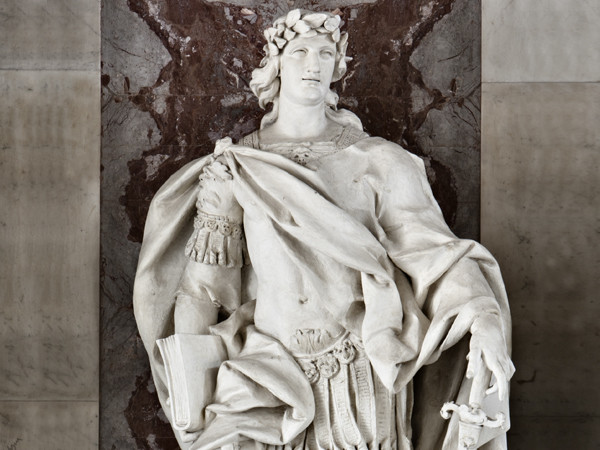 Having studied in a late-baroque climate with a Roman influence, in Caserta the sculptor Andrea Violani dedicated himself to the production of statues with a classicist style. He was a pupil of the French sculptor Giuseppe Canart at the Palace of Portici and in 1753 he was permitted to assist with the work in Caserta, where he sculpted the statue of Merit for the Royal Staircase. Between 1759 and 1761, he worked with Tommaso Solari on a series of sculptures imitating the ancient models, which in the eighteenth century was transferred to the Villa Reale di Chiaia, now the Villa Comunale of Naples. Violani finished his career in Rome with the prestigious post of Director of the PensionatoBorbonico school, located in Palazzo Farnese.